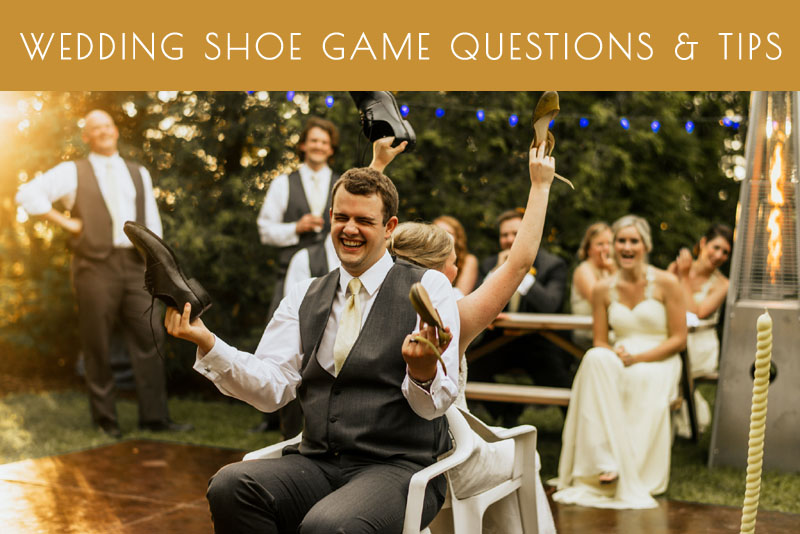 What Is the Shoe Game?

The Wedding Shoe Game is a common wedding reception activity where the bride and groom have to prove their knowledge of each other. They will be asked questions such as who the best cook is or the worst driver, and they have to decide who it applies to–all without being able to see each other’s answers. It is an entertaining game for the guests to watch, especially when the answers don’t align!

How to Play the Wedding Shoe Game?

This game is such a simple set up and requires the bare minimum of preparation. It is an easy reception game to play but still provides a great source of entertainment. Here is how you play:

Set up two chairs back to back, and seat the bride and groom down together. The point of the game is that they don’t see each other’s answers. Have them take off both of their shoes and hand one to the other. They should each be holding one of the bride’s shoes and one of the groom’s. These shoes will represent each other. If a question applies to the groom, his shoe will be raised, and vice versa.

The host will be reading the questions out loud to the couple. It is usually the maid of honor or best man, although it can also be one of the parents of the couple. They need to be confident enough to stand up in front of a crowd, so choose someone who does not get stage fright easily. Have the person in charge of the questions hold a microphone, so that the entire room can hear them speak.

Either print out a list of questions that you found online or make up your own! It is a good idea to make a mix of questions–have them be serious, romantic, difficult, and hilarious. Take some time to think of entertaining questions that make the couple really think hard about their answers. Also, make sure that the couple don’t know the questions beforehand. They should not have any extra time to think of their answers or even discuss it with each other. The point of the game is to test their knowledge. The questions should be prepared ahead of time by someone in the bridal party, typically the one who will host the game.

Once the question is read out, the bride and groom should immediately answer. They will raise the shoe of the person they think fits the description best. For example, if they think the bride is a better driver, then they will raise her shoe as an answer. Most of the time they try to turn around to see each other’s answers, so make sure they reset and are sitting back-to-back before the next round of questions are asked. They might even start bickering if they choose different answers, which can be funny for the guests to watch (so long as it remains just lighthearted teasing).

Rules to play the Shoe Game at the wedding

Check out these printable versions of the game for your guests! 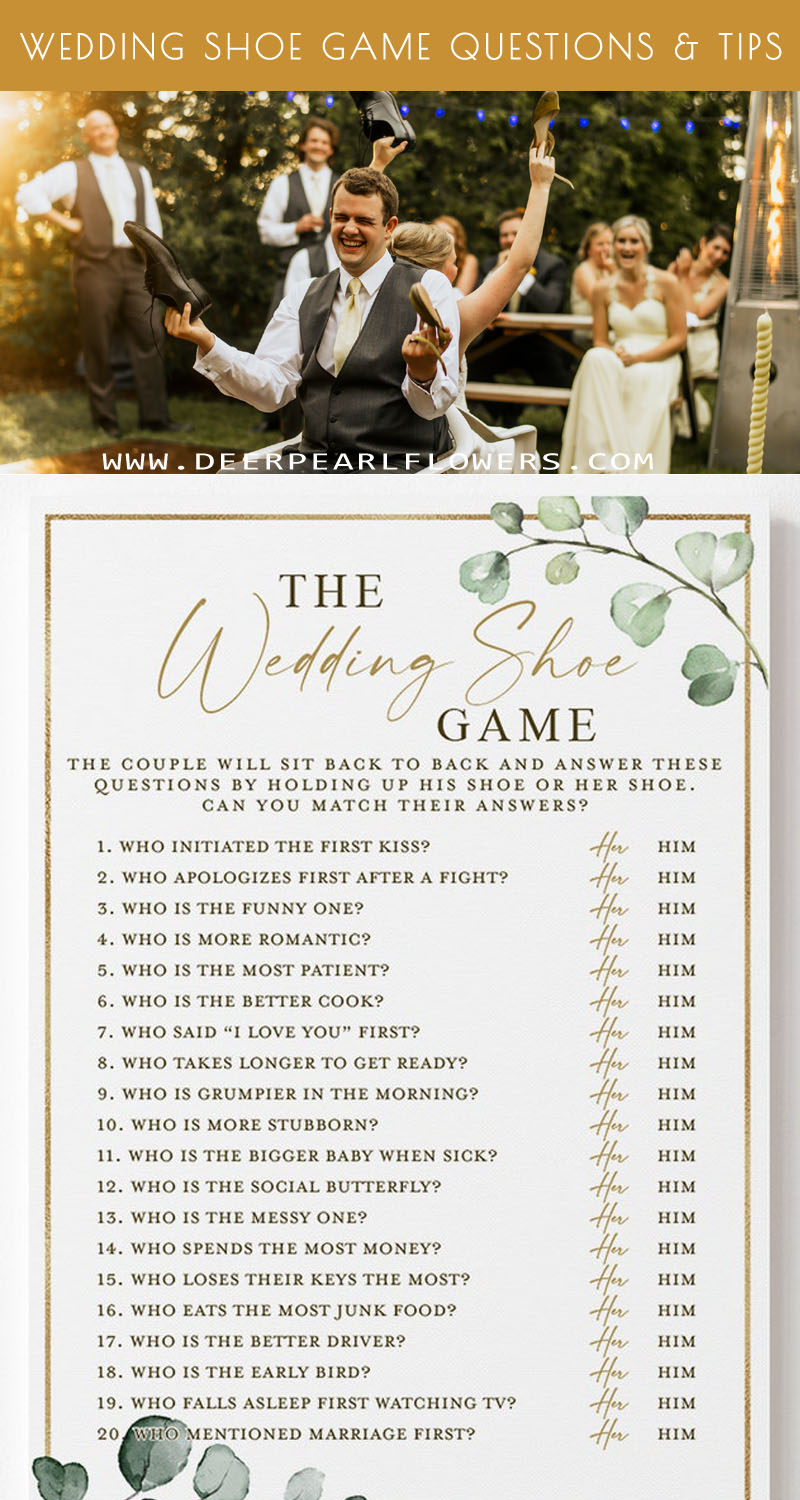 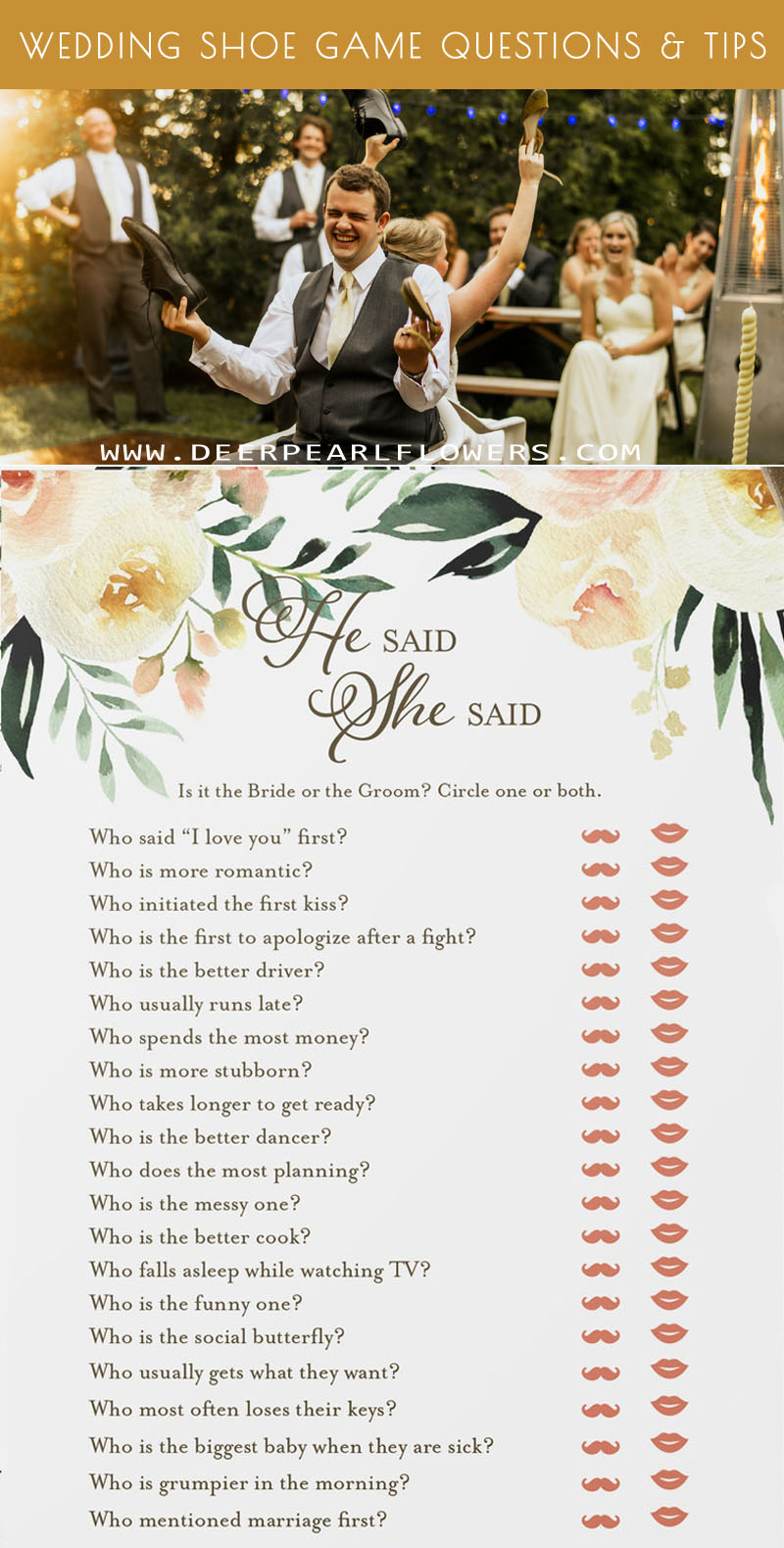 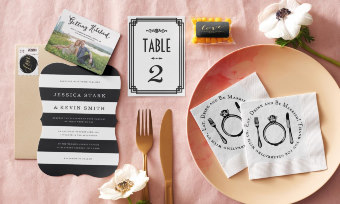 DEER PEARL FLOWERS - Jan 19, 2022 0
Just like plus size wedding dresses, trying to find plus size mother of the bride dresses can feel like a daunting task. And it’s even...